HISTORY OF THE LIBRARY

Historical notes
When Pietro Blaserna was called to direct the Royal Institute of Physics in Rome from 1873 to 1918, he inherited the oldest nucleus of books, the Volpicelli Fund, later included into the current collections. The collection took his name from Paolo Volpicelli, former professor of Experimental Physics at Rome University and a figure of transition to the new unitary State. With the transfer of the Institute to Via Panisperna in 1881, the library was placed on the first floor of the new building and considerably expanded. Thanks to the savings made by Blaserna in the construction of the building, which he headed personally, with the remaining funds he purchased the furniture for the library. The library inventory, compiled entirely by Blaserna up to 1890, is an important witness of that period. 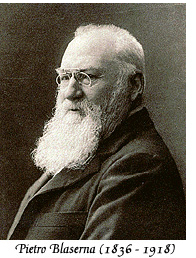 Under the direction of Orso Mario Corbino, from 1918 to 1937, the Physics library became a modern structure that reflected, from 1930 onwards, the new deal of the Institute, which had already become a centre of excellence in Europe. In 1919, was recorded a remarkable purchase of publications on history and theory of music, on physical phenomena of phonation all functional to the activities of the office of the international chorister. In 1922, numerous works of limited and general relativity, as well as cosmology, were added to the library. In 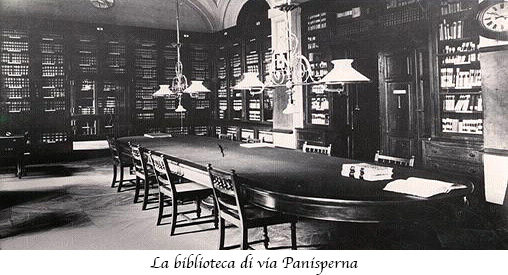 Until 1915, in Italy none of the major physicist and mathematicians had considered necessary dealing with the restricted relativity, while general relativity had better receiving. Among the new generation of Italian theoretical physicists, Enrico Fermi and Enrico Persico welcomed general relativity without resistance and, between 1921 and 1923, they wrote their first works about it. A demonstration of this new course supported by Corbino can be found in the massive acquisition in 1922 of numerous works on the subject including essays by Einstein, Lorentz, H. Weyl, Lemeray, Eddington, E. Picard, Bloch, Marcolongo, H. Becquerel. In 1937 the Institute moved to its current location. After the dark years of the war, during the years of the reconstruction, another phase of evolution for the Library began with Edoardo Amaldi, and this phase reflected the great international events of physics, as well as the interests and the studies of the Roman community of physicists.

Refer to the library guide

Memory on the web:
Personal Historical Archives of our Faculty are available