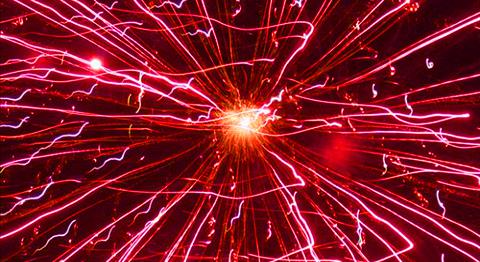 On each year, within an academic semester, the holder of the Chair provides a series of Lectures Enrico Fermi. Lectures are open to a non-specialist public, and concern the research field where the Chair holder has provided a significant contribution. Lectures are subsequently published by the Physics Department of Sapienza Università di Roma.

The first part of course, “Birth, apogee and decline of the hadronic stringh” will have an historical character. We will explain the birth of string theory at the end of the sixties, its very fast development full of expectations, and its equallt fast decline at the beginning of the seventies. Its decline occurred when string theory was surpassed by a more conventional quantum field theory such as Quantum Chromo-Dynamics.
Detailed program of the first part >>

In the second part of the course, “A finite and unified theory of all particles and interactions?”, we will present a new interpretation of string theory. This interpretation was initially proposed in 1974 by Scherk and Schwarz, and subsequently suggested in 1984 by Green and Schwarz as unification theory of elementary particles and of their mutual interactions. Finally, we will conclude with physical applications of superstrings: physics of quantum black holes, and cosmology of primoridial Universe.
Detailed program of the second part >>

Enrico Fermi Lectures are for a non-specialist audience. The mathematical complexity will be reduced at minimum and, when strictly necessat, will be restricted to a few specific Lectures.
The first part of the course will be held from 5 november to 17 december 2015, while the second part  will be from 17 march al 12 may 2016. All Lectures will be on Thursday, from 15:00 to 17:00, Aula Amaldi of the Physics Department, Marconi building, piazzale Aldo Moro 5, Roma.
If requested, a certificato of attendance can be issued at the end of each Lecture and/or at the end of the course. For more information and subscription, please contact:
cattedrafermi@uniroma1.it Prof. Veneziano receives in his office (room 307, Fermi building), for any requests of clarifications, with the following schedule: - Friday 6 May from 15 to 17 - Friday 13 May from 10 to 13
Anyone interested can contact Prof. Veneziano by email.