We are living exciting times for Astrophysics and Cosmology, being able to measure electromagnetic signals produced during all phases of the evolution of the Universe. Our Department is giving key contribution to this scientific exploration in several areas. 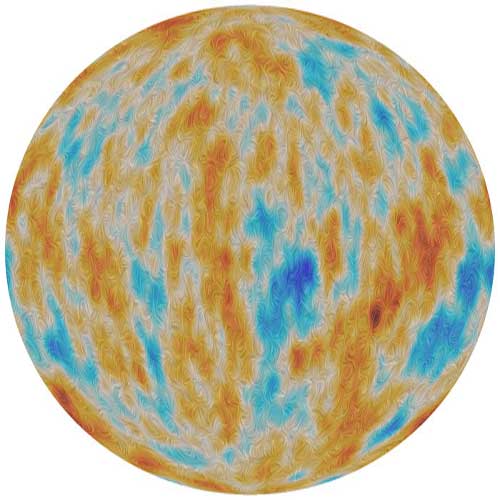 Cosmic Microwave Background (CMB) Science. CMB photons cross most of the universe, in space and time, before reaching us. So their observational properties (spectrum, anisotropy, polarization, statistics) allow to study directly the evolution of the universe in its earliest phases. We are active in the measurement of CMB anisotropy in the direction of clusters of galaxies, building original experiments and developing new, custom technology and methods as specified below.  The OLIMPO experiment is aimed at measuring the spectral-spatial anisotropy of the mm-wave sky. The QUBIC and LSPE experiments  are aimed at measuring CMB polarization at large and itermediate scales from the high Argentinian Andes and from the Arctic winter stratosphere, respectively. The COSMO experiment is aimed at measuring spectral distortions of the CMB from Dome-C (Antarctica) using a cold Fourier Transform Spectrometer. We are also developing new detector arrays exploiting the Kinetic Inductance Detector technology, in collaboration with IFN-CNR. These detectors have been selected to operate on OLIMPO (140, 200, 340, 480 GHz) and COSMO (140, 220 GHz). Future applications at larger telescopes at lower frequency are under study. The BOOMERanG and Planck surveys, where our group gave very important contributions, produced a wealth of new information, which is still being analyzed with original techniques, in  optimal data fusion with other cosmological data, constrianing the details of the cosmological model. 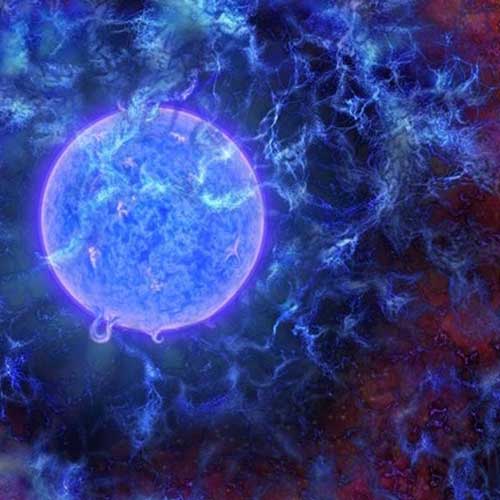 Understanding the nature of the first stars, the first galaxies and black holes is one of the most pressing questions in modern astrophysics. These are also amongst the key science goals of ongoing campaigns, with cutting-edge instruments including the Hubble Space Telescope (HST), the Atacama Large Millimetre Array (ALMA), the forthcoming James Webb Space Telescope (JWST, 2021), and the new generation of millimetre wave cameras such as MUSCAT and TolTEC. We investigate the physical processes that shape the infant Universe through a combination of theoretical models, numerical simulations and detailed comparison with observational data. We follow a multi-wavelength approach that aims to model the properties of the first galaxies in different bands of the electromagnetic spectrum (X-rays, UV, IR, radio) as well as the gravitational wave luminosities of the compact remnants and nuclear black holes that they host. 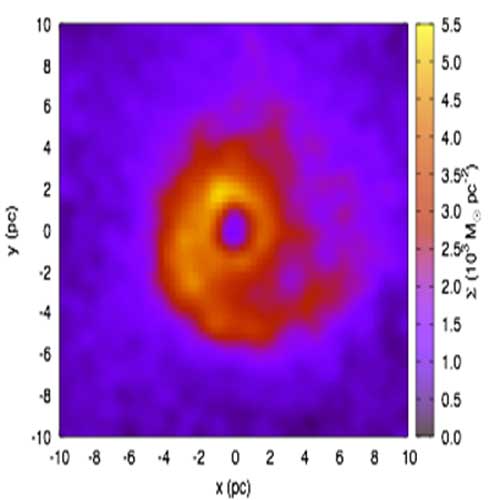 We developed theoretical and numerical modelling, including high level parallel codes, and applies it to: the dynamics of stars in dense stellar systems, the formation and evolution of nuclear star clusters, super massive black hole formation in galactic centers, extrasolar planetary systems dynamics, merging compact objects in star clusters and GW emission. Another scientific activity is related to the study of the dynamical evolution of stellar systems on different scales, from globular clusters up to clusters of galaxies, dealing with theoretical and numerical approaches, including for instance the study of thermodynamical instabilities of selfgravitating systems, with relevant results on the onset of thermodynamic instability, improving previous works on the same subject. Another research area is related to exoplanets. Thousands of exoplanets have been detected so far, and the list will be extended to tens of thousands in the next decade by dedicated space missions and ground instrumentation. However, little is known about the true nature of these far away worlds. Do atmospheres exist? What are they made of? What kinds of climate do they have? Can biosignatures be detected? What does all this tell us about planetary formation and evolution, and the uniqueness or otherwise of the solar system? Our experimental activities directly address these questions through spectroscopical observations of exoplanet atmospheres from space, with the ARIEL mission, and using instrumentation on ground and balloon borne observatories.

Monitoring atmospheric parameters: The Laboratory of Atmospheric Physics and the Solar Radiometry Observatory are the main site of the Boundary layer Air Quality-analysis Using Networks of Instruments (BAQUNIN), a suite of atmospheric remote sensing instruments operated in synergy. BAQUNIN was funded by ESA in 2014, within its Atmospheric Composition Cal/Val framework; it comprises, among others, elastic and Raman LIDARs, sun photometers, Brewer and SODARs. This instrumental set-up composes a so called “Super Site”, offering quantitative and qualitative information for a wide range of atmospheric parameters characterizing polluted areas, mainly focused on the Rome city centre. It is also important to underline that the availability of the atmospheric parameters data represent a valuable source of information to study and to assess short and long-term changes and their impact on the planet's ecosystem. The atmospheric data acquired by BAQUNIN are also made available to the scientific community, and contribute to the validation of the observations from space. Finally the Super Site is operating for traceabiliy and intercomparison programs involving international networks.  Quantification of personal exposure to solar UV radiation: Strictly related to the assessment of incoming solar UV radiation at the Earth’s surface by Brewer spectrophotometer, is also the quantification of individual exposure to solar UV radiation with the use of dosimetric technique. Pioneering studies on the Italian targeted populations were conducted as well as on the better understanding of the dosimetric technique. Applied meteorology to the conservation of the cultural heritage:  The conservation of artifacts in museums depends on the environmental conditions to which is exposed. In this ï¬eld, the research activities is mainly focused on the characterization of the historic climate and to evaluate causes of deterioration determined by environmental factors. For the latter issue the use of accurate whole-building dynamic simulation models is becoming an effective approach for preventing degradation phenomena due to changes in indoor historic climate.